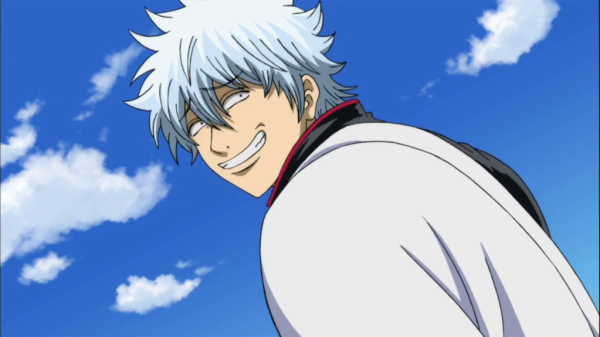 Hip hip hooray for more recognition.  I have to say, I’m enjoying the traffic these awards are giving me.  It’s not something I see that often, much to my chagrin.  I’d like to thank lyn right away for the nod, she’s great and all that jazz.  I’m kind of in a rush (I received another nomination for this award while I was trying to write this post, so now I have to do another one), so let’s keep it going.

And here are the rules, courtesy of lyn through ojitosperle:

1. If you could describe your personality in three words, what three words would you use?  And why those words?

“Rhythmic horror show”.  What does it mean?  No idea.  I’m a fan of rhythm and I follow it like a mongoloid, I consider our world a horrific reality, and I’m ready to watch this show till my inevitable completion.

People consciously ignoring me.  Man, is that annoying.  I just can’t stand it when-  hey, where are you going?

I’m not limited to just thinking out loud, but yes, I do sometimes sort out my thoughts orally.

4. Do you listen to music while you blog?  If so, what genre of music?

Alright, my taste in music is complicated.  Suffice it to say that I listen to pretty much everything, and what I listen to at any particular time is dependent on my mood at the time.  For example, as I’m writing this post, I’m listening to this:

5. If you could make a “Soundtrack of Your Life,” what five songs would you put?

First of all, my soundtrack would need a hell of a lot more songs than that, but sure, let’s stick to five.  I’m sure we all need to go to sleep at some point, so keeping it short is a good idea.  Alright, here are my five:

“The Winner Takes It All” – ABBA

“Dance with God” – The Pillows

6. Have you ever went karaoke?  Did you like it, why or why not?

I haven’t gone to a place specifically to do karaoke before, no.  I have sung in the shower, which I’m pretty sure is better.

No thanks, I’m full.

8. Your top five favorite books of all time (well so far in life)?

All of these tough questions… alright, I’m just gonna go with stuff off of the top of my head:

9. If you could rewrite the ending of a book, anime or manga?  Which would it be and why?

I’d rewrite the ending of School Days so that Makoto’s head ends up on a crappy boat instead.

10. If you knew the world is going to end tomorrow, what would you do on your last day?

I’d try and finish this post.  That, and maybe say goodbye to my friends and family.  Also, go for a walk with my iPod.

You know what?  I’d like to me lyn.  I have a feeling that we would have a lot to talk about.

Now for the nominations.  I will nominate the following blogs:

My questions are as follows:

1. If you could take a roadtrip anywhere, where would you go?

2. You have been elected to be the leader of your country.  What is your first action as leader?

3. If you could instantaneously change your appearance to be that of any anime character, who would you want to be able to change into?

6. You take a walk in the park and encounter a bear (yes, a bear).  You reach into your pocket to defend yourself and you pull out…

7. If you could make any planet be made completely out of a single food product, which planet would it be and what would the food product be?

9. Give me an idea of who you would be if you were a character in an anime.

10. You are part of a classic love triangle.  You encounter the two other members, the item of your affection, and your rival, in an elevator.  You have 3 choices: kiss your darling passionately, uppercut your rival, or leave the elevator.  Wait a second, you have a fourth choice, which is to…

Thanks again to lyn for sending me copious amounts of views.  I try and use them as best I can.  Thanks for reading, and have a great day!

5 thoughts on “somethingaboutlynlyn Nominated Me for the Liebster Award”