Heyo!  Wow, it’s been a while since my last list.  This is a very patchwork list (I am tired from school and such), so just put up with it.

When it comes to a “cool” character, it’s a matter of what they can do.  Well, in the case of men it’s a matter of whether they act or just talk the talk.  Taichi Keaton is a great example of being able to do both.  While he is soft-spoken in his daily life, he comes through when the time calls for it.  I mean, he’s an ex-SAS member who studied as an archaeologist and historian and currently works as an insurance investigator.  If he wants to do something, he can do it.  It’s his control that is even more impressive – he knows the power of words and actions and uses both sparingly and effectively. 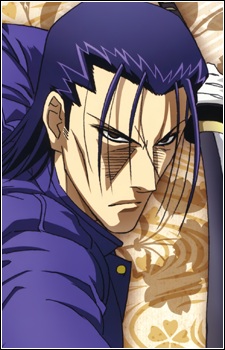 On the opposite end of the spectrum from Keaton is Saitou Hajime from Rurouni Kenshin.  I mean, he’s just so… bad.  Despite that, he is really cool.  With his merciless fighting style, featuring his own creation Gatotsu, he is able to more than challenge Kenshin, even making him drop his ‘oro’ and subsequently don his pre-Meiji “Battousai” persona.

Is there really anything that needs to be said?  He’s a bartender who can throw vending machines at people while wearing shades and smoking a cigarette.  The only problem with him is that he’s too cool to be true.  He’s just so full of “cool”-ness that it comes off as artificial.  That being said, he is on this list.

Hei has elements of both #4 and #3 on this list.  He has the dark elements of Saitou but he is a protagonist and an undeniably strong one like Shizuo (although Shizuo plays a relatively minor part in Durarara!!).  The combination of these things produces a character who is perhaps better known by his meme name: Chinese Electric Batman.  You know what, let’s just redo this section. 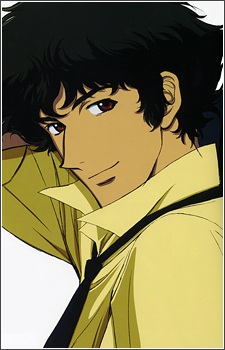 Did you really think it was going to be anyone else?  Spike is the main character from the show that is in my estimation the literal definition of the word “cool”.  He is the coolest male character, probably the coolest character period (as far as I’m concerned).

Yeah, you know what?  I’m done.  Nothing more needs to be said.  So there.

Well that’s all for now.  This is my first list in a while so bear with me.  Thanks for reading and have a great day!