Ah, the return of the list.  I sure used to write a lot of these things.  I wonder what happened.

Note: I haven’t read much manga, so you might not see your favorites, but please bear with me.  Also, “short” manga means doujin, one-shots and manga with fewer than 10 chapters. 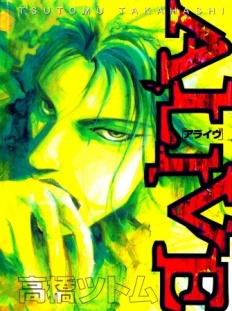 From the guy who brought you Akira, we have this 4 chapter manga about an old man with extrasensory powers who toys with the residents of a block of apartments, until a young girl appears before him manifesting powers very similar to his own.  A fight of epic proportions takes place between the two and the flats are their battleground.  It’s a really intense little manga and it concentrates everything great about Katsuhiro Otomo’s work.

This was one of the first manga I read, after receiving a recommendation from a friend of mine.  It’s only 5 chapters, but it tells a deep story of love and loss that really hit me.  It’s not the fully developed romance and drama that people have come to expect of the longer and more popular series, but it suffers not from the over-developed, high production value and over-supervised qualities of most Shojo Beat manga.  It’s simple and right to the point.  There’s something very beautiful in that.

It’s a one-shot by the artist of Death Note and the guy who wrote Rookies.  That’s a winning formula if I’ve ever seen one.  The only problem is the lack of development.  The abrupt and almost anti-climactic ending acts to stop your heart the first time over.  This was also an early read for me, and so I’ve probably still got some nostalgia for it. 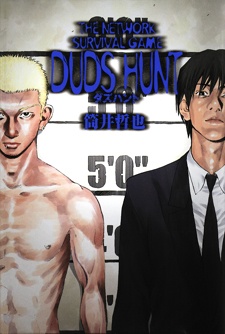 Have you read and enjoyed manga like Judge, Gantz, or As the Gods Will, then this is really for you.  It’s much shorter but carries the tension, action and feelings of those great manga.  Nakanishi, a reformed delinquent, gets pulled back into a dangerous lifestyle after being introduced to a survival game called Duds Hunt.

The guy who wrote Bokurano and Shadow Star probably isn’t completely sound of mind, and His Murder Scheme is just further evidence that Mohiro Kitoh is a deranged human being.  This one-shot follows a high school student as they methodically and meticulously plan a murder.  Why does this student want to murder?  To feel alive.

Well that’s it for now.  Thanks, and I hope to have a list of longer manga as soon as I get around to reading more.  Have a great day! 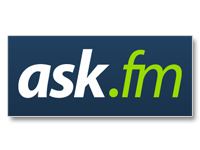